How can I describe Joey Stuckey?

This would be a pretty good accomplishment for anyone.

All of this is pretty incredible, for sure...
But there's more.

OH. Did I mention he's been blind since he was an infant?

His list of accomplishments seems neverending, even that of legend.... but accolades aside, How does he SOUND?

Here he is on youtube doing Stevie Wonder's Superstition. Even with the poor sound quality of this fan recording, it is obvious that Joey has a gift. He would be the perfect musician for ANY circumstance!

Channel 41 did an article on him.
and now he hosts Studio 41....WMGT TV's outlet for Local Music
You can check it out ...Here
or his radio show at Joey Stuckey's audio-style
also being broadcast at www.artistfirst.com
facebook
website 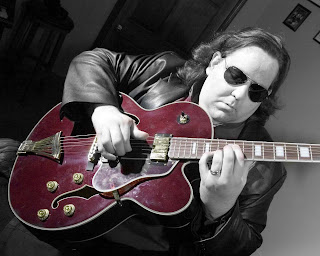 If you're out of work, or struggling to pay the bills, I would suggest that you NOT try music as a back up plan. There are MANY musician...