I met Amber Marie Pierce for the first time on February 3, as she sat at Louise Warren's table at The Mellow Mushroom in Macon. My first impression of Amber was she is very pretty and quiet, as her mind seemed to be elsewhere. I did not realize her talent or who she truly was until she took the stage as lead vocalist of The Vineyard Band. I fully understood in that moment why Amber seemed miles away only moments before, as she is charismatic with a June Carter like voice on stage! As if the voice wasn't enough stage presence, Amber has an eye-catching, retro microphone, which makes a great band signature piece! Mind you, I have not been a country music fan in years, this night and The Vineyard Band changed that for me! Composed original songs with cover country songs from Hank Williams III and other popular country music artists comprises The Vineyard Band. The Vineyard Band's twangy originals "Cheap Motel Rooms," "Beach," and "1941," sold me! In fact, I was not certain "Cheap Motel Rooms" and "Beach" were an authentic at first, (sure, I had never heard them), the songs seemed star-studded to me as they flowed flawlessly, vocally and musically. 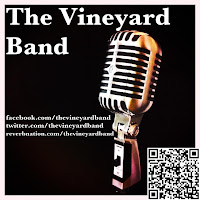 Fans were lucky with two opportunities to catch The Vineyard Band on Saint Patrick's Day in Macon! At four in the afternoon, The Vineyard Band was playing their popular country songs in Central City Park at The Cherry Blossom Festival. At seven in the evening, The Vineyard Band, with their names on the marquee, were the stars at The Opening Act!

After taking in the wonderful music, I wanted to know more about The Vineyard Band. Amber shared with me that she and her brother, Andrew Pierce, have collaborated on creative endeavors since childhood. Together, Amber and Andrew, devoured music by memorizing albums, creating their own musical plays and acting them out. They most loved Broadway, oldies, and country music. Amber and Andrew were rivaled by another sibling who was in a metal band, he introduced them to various forms of independent rock music, which opened their eyes to the independent world of creativity. Shortly after, Amber and Andrew were trying to learn instruments and write songs of their own. Amber and Andrew grew to form two bands, The Vineyard and Baby Blue.

The Vineyard initially started as a fusion of reggae, soul, blues, and punk rock 'n roll. Amber stated they were told if modern day "sock hops" existed, that is where they would play. Amber, Andrew, and band mates "slammed" everything they loved about music into The Vineyard.

Baby Blue was artistically different than The Vineyard, the songs were played on acoustic guitar with a beat machine, Andrew rapped, as Amber sang the hooks. Amber describes this experience as "cool," although she adds, "the band did not last long because most people think they want to be in a band, until they actually realize how much is actually involved with it."

With only Amber and Andrew left in the smolder, they decided to keep acoustics and continue songwriting.

About three years ago, Sean Cargile joined the band on bass. Sean and Amber attended college together as Music majors. They drifted apart as Sean attended Audio Engineering school, but quickly reconnected as Sean returned. Although Sean had a rock 'n roll background with little country music listening experience, he liked Amber and Andrew's songs. Amber stated, "he is just as dedicated as we are and cares about the music as much as we do," in regards to Sean being a strength to The Vineyard. Sean is incredibly talented, can play several different instruments. Amber, Andrew, and Sean share a side project group called The Haints.

The Vineyard has been through a few changes,(what band has not undergone a member change or two), during the last year. James Wolf, a local music teacher, multi instrumentalist, plays peddal Steel in The Vineyard. Amber admits, "James is the perfect addition to our band's style. We have always wanted a steel player for our music." Amber describes, "our style is a very pure form of country, authentic country usually involves peddal steel."

The newest member, Joe Jackson, joined The Vineyard a few months ago. "We have been friends for a few years and we had been wanting Joe to drum with us for awhile, but things only recently worked out for everyone," Amber says. Joe shared of his drumming experience,"started playing/beating on pans and stuff very young, around three or four - playing actual drums since about twelve. I saw Buddy Rich (big band/jazz drummer) on the Johnny Carson show and then saw Kiss' Peter Criss and I was hooked!" Joe adds "Influences...everything I've heard!"

Most recent change for The Vineyard was determining to add to the name as they have added members to the band, therefore they are now The Vineyard Band! What is behind the name one may ask? Amber answers "we are making music in a genre that is thirsty for real, down to earth, authentic music. We like to think that our music quenches that thirst, much like a vineyard provides fruit for wine." The Vineyard Band is self described as, "a young band with an old soul, bringing back sounds of traditional country and folk music with a new and unique spin. Features twangy steel peddle guitar, vocals that wail, heartfelt songwriting, lots of harmonies, and that funky bass."

The Vineyard Band is recording at Love SIC Recordings in downtown Macon, owned and engineered by Sean Cargile. The album to be titled after The Vineyard Band's song, "Cheap Motel Rooms," will hopefully release early this coming summer!

With so much excitement and enthusiasm, what is next for The Vineyard Band? Amber says, "We are hoping for a fiddle player next." 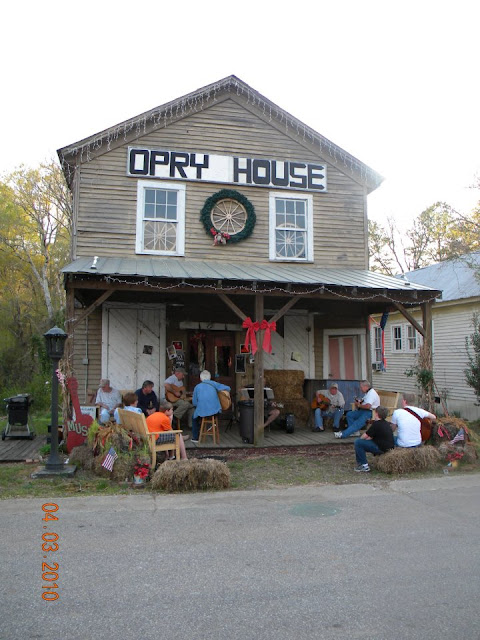 Southern Americana at it's finest! These good ol' boys bring out the footstomping mountain man in ya.
Their energy is infectious and their style unique- but in the best way possible.

Just try to imagine a bottle of moonshine beside a spitoon; both being shaken off the stage by a crowd of college kids stomping to a set of  "homegrown country/bluegrass" flavored "GIT DOWN" music.

This is what your Grandma got aroused by when SHE was in college on Cumberland Mountain. The formula worked back then...and it STILL gets the ladies sweatin'.


For Booking: contact Adam Smith:  His email is.....    booking@backcitywoods.com

You can hear them here.
or Reverbnation