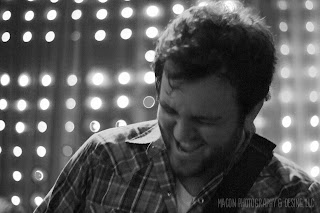 From a recent press release:

“Josh Graff is a real bluesman!” -Joseph Palmer, owner of The Hangar Bar and Grill

On Friday, June 1 the walls of The Hummingbird Stage and Tap Room will be reverberating with the sound of traditional blues guitar. Josh Graff has been making a name for himself in the Macon, GA area for nearly fifteen years now, and says, “I finally feel like I’ve found myself.”, and where better than where it all began. The twenty six year old guitarist/singer/songwriter has gone full circle, playing everything from blues, R&B, gospel, country, pop, and rock, to hip-hop all over the country from coffee shops, bars, churches, frat houses, festivals, and music venues, to opening shows for Blues Traveler, Huey Lewis and the News, Kansas, and .38 Special.

Josh Graff spent his early teens playing blues guitar and sitting in with bands like Stillwater and The Wall. By the time he had graduated high school, Graff had released three independent albums of mostly original music, and gained a local following doing solo acoustic shows. Then came the creation of Josh Graff & Co., which played relentlessly all across the southeast, and in 2006, recorded an EP in Atlanta, GA with Grammy Award Winning producer/singer/songwriter/musician Clay Cook (Zac Brown Band, John Mayer, Sugarland, Shawn Mullins, Marshall Tucker Band). After a few years together, Josh Graff & Co. went their separate ways and Graff found himself moving to Atlanta, GA to play guitar in Ben Deignan and Suburban Soul. Two years later you could find Graff on stage every Sunday playing guitar at a local church. Still not feeling as though he was doing what he knew he was here to do, Josh Graff found himself at a crossroads.

In early 2012 Josh Graff decided go back to his roots, and be true to himself, as a blues guitarist, doing something he has always wanted to do, put an all-blues band together. Graff throws a few original tunes into an eclectic mixture of traditional blues covers from Muddy Waters, Howlin’ Wolf, JB Lenoir, Otis Rush, Freddie and B.B. King, to name a few. With his ever-evolving and rotating backing band of A list musicians, Graff and his band keep the house rockin’ and the good times rollin’ all night.
The first time I met Josh, he sat in with a friend of ours to play lead. Josh proceeded to rip his guitar apart. He played behind his head, behind his back, he walked out to the crowd and stepped up on the fireplace. He really got the crowd going, and when he walked away, many thought the show was over.
In many ways, it was.
I'm bringing this to light, because it appears that Josh is trying to downplay his amazing stage presence. Does he play the blues? Yes, very well; but he is a professional showman waiting to scorch the venue with searing licks AND attitude.
Posted by Chris Pope No comments:
Email ThisBlogThis!Share to TwitterShare to FacebookShare to Pinterest
Labels: Acoustic guitars, blues, Columbus, Corporate entertainment, Entertainers, Macon, Middle Ga., Rock and Roll, Rockers, Southern Rock, Warner Robins
Newer Posts Older Posts Home
Subscribe to: Posts (Atom)