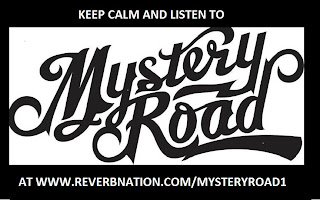 If you're looking for a band who can really perform in the spirit and sound of the Allman Brothers, Eric Clapton, and Stevie Ray Vaughn; you must look no further! These guys rock!!Check 'em out!!!


Mystery Road was forged in early 2010, from the ashes of various Middle Georgia bands.

The band plays evocative cover versions of songs by influential blues, rock, soul, and funk artists, and is currently rehearsing original songs that will become its debut album.
In 2011 the band opened for country music legend Marty Stuart at the 2011 Smoke on the Water BBQ and Bluegrass festival, and female blues legend E.G. Kight at the 2011 Barnesville BBQ and Blues Festival. They were also featured on television on Channel 13 WMAZ “Summer Concert Series,” played the Hummingbird’s “Big Bird Bash,” the 2011 Bragg Jam, and Third Street Park for First Friday Fest, all in downtown Macon.

Mystery Road played a large part in the 2011 GABBA Fest, opening the weekend-long celebration with a show at Cox Capitol Theatre and opening for Cowboy, and hosting the “members jam” at the Big House the following day. A New Year’s Eve show at the historic Grant’s Lounge closed out 2011, about the same time the January issue of Hittin’ the Note magazine hit stands, which features a review of Mystery Road’s five-song demo, recorded in August 2011.
The year of 2012 was a promising one, even through various changes in personnel. Again, Mystery Road played a huge part of the 2012 GABBA fest, opening for the band Kettle Of Fish at the Cox Capitol Theatre and again hosting the "members jam" at the Middle Georgia Raceway in Byron, Ga. In 1970, the Raceway was the site of the historic 2nd Annual Atlanta Pop Festival, which included acts such as The Allman Brothers Band, B.B. King, Jimi Hendrix, etc.

Check out this video by Gregg and Lisa Brooks!


In 2011 and 2012, Guitarist Chance Royal was a District Finalist in the Guitar Center King of the Blues contest, a search for the nation’s best undiscovered guitarist. Chance was one of eight finalists in the GA-SC-NC district, selected from 250 contestants.
Mystery Road creates a genre-bending sound, fusing rock, blues, soul and funk. But their focus is the fun and fellowship enjoyed through powerful, liberating music.
For more information

Check the calendar below to find out where to see them next!!!
Posted by Chris Pope
Email ThisBlogThis!Share to TwitterShare to FacebookShare to Pinterest
Labels: blues, Columbus, Corporate entertainment, Macon, Southern Rock, Warner Robins, Wedding band